What do you say in your language if you take a picture?

Do you know what we say in Japanese in the situation?

It seems like “cheese” or “whisky” is common for that, right?

I have heard Spanish people tend to use “whisky” because “cheese” is “queso” in Spanish, I mean, if the word ends with “o” people can’t make a smiling face properly. 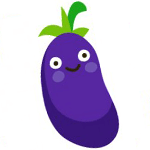 Before I tell what we say for that in Japanese, let me show how to say it in Mandarin Chinese.

The English translation is “One, two, three, eggplant!”. Why they say “eggplant” instead of “cheese”, it’s because the pronunciation of 茄子 is “qie-zi” in Mandarin Chinese.

You can listen to the pronunciation by a native Mandarin Chinese speaker here.

It’s exactly a translation of the English phrase, and the pronunciation is “Hai, chee-ZU“. 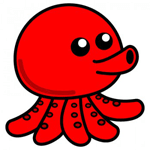 Chinese people understand properly that the English phrase is used for people make a smiling face, but we wouldn’t have understood it.

“Hm, it seems like English speakers say “cheese” if they take a picture. Ok then, we follow them. Hai, Cheezu!” Are we idiots?

Anyway, if we use the phrase, it’s just a sign when the person presses the shutter button.

We have another phrase

Such a phrase has to end with a pronunciation like “ee” of cheese anyway.

By the way, we can say “smiling” “ニッ(ni)” or ”ニコッ(ni-ko)” in Japanese onomatopoeia. That’s why we’d like to use a phrase which people always try to make a smiling face with “ni” as much as possible.

So, if a Japanese is going to take a picture of you, you’d be asked the following.

Don’t say “Two”. Your octopus-face would be taken in the picture.

The correct answer is,

We have a phrase for that which ends with the pronunciation of “ee”, but I seldom hear it nowadays.

Some Japanese would try to count down for people from foreign countries.

I wonder what you say in your language for the situation

I guess people count numbers for that in a lot of languages, if you use a specific word like “cheese” or “whisky” for that in your language, please tell me!